It’s no longer something in the distant future – it’s officially happening. Nature is declining globally at previously unimagined rates. One million species are careering toward extinction. We are only at the start of Earth’s sixth mass extinction. But it’s not too late.

The UN’s recent biodiversity report says if we commit to change on all levels, nature can still be conserved, restored and used sustainably.

So, what can you do to make a change? How can you help end one of Africa’s most urgent wildlife crises? How do you help save the southern white rhino? It doesn’t mean you have to donate money. One of the best ways to become an active philanthropist and contribute to real change in the world is to volunteer your time. Like many other species, Africa’s rhinos are heading rapidly towards extinction, and it’s going to take more than money if we’re going to save them. They need your help.

“It is every man’s obligation to put back into the world at least the equivalent of what he takes out of it.” ―Albert Einstein”

THE PLIGHT OF AFRICA’S RHINOS

Every day an average of three rhinos are killed in South Africa by illegal poachers who fuel Asia’s insatiable demand for rhino horn. Approximately 1 000 rhinos die in South Africa alone every year. If we don’t stop this, we will see the last wild rhinos on Earth disappear in this lifetime.

The world is struggling to convince Asian consumers that rhino horn, which is made of keratin like your fingernails, has no medicinal or status value whatsoever. But one man refuses to give up. Despite facing the constant danger of poachers, Wicus Diedericks is doing whatever he can to conserve a small population of Africa’s last remaining wild rhinos.

With his ‘aggressive conservation’ method, he has brought more than 100 rhino calves into the world and, currently protects over 300 Southern White rhinos at Rockwood. But he can’t do it alone.

HOW CAN YOU HELP?

The rhino project at Rockwood has become so successful that Wicus and his team can no longer do it alone and need help. With so many rhinos to care for, plus the general running of the facility, extra hands are needed desperately. Just like it takes a village to raise a child, it will take the world to protect rhinos.

Rockwood is calling on you, the global philanthropist, to volunteer your time and help save the rhino from extinction. By volunteering at Rockwood, you will gain invaluable life experience. Plus, earn the personal reward of being involved in one of the most critical rhino conservation projects in South Africa.

BECOME A PHILANTHROPIST, VOLUNTEER YOUR TIME.

Rockwood welcomes anyone interested in helping conserve the rhino species. Our doors are open to those who are willing to make a real change, from philanthropists to researchers and conservations. Read more, here. 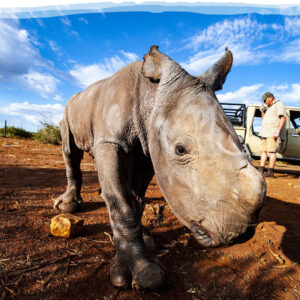 How Your Donation Saves Rhinos At Rockwood

No matter where they are in the world, you can join the fight to save the African rhino. Apart from visiting us as a tourist or volunteer, you can sponsor a rhino or donate towards their care. We provide a detailed breakdown of what it takes to care for rhinos, so you know that your donation goes directly towards conservation. 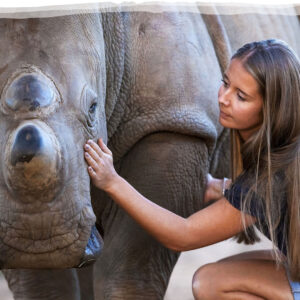 Lead A Fulfilling Life By Giving Back To Nature

There are two things every single person in the world has in common – the planet we live on and a choice. We can choose to be seeds – small yet significant and full of potential. Or we can be parasites – self-serving, destructive, harming the very host keeping us alive, the Earth. We can choose to give more or take more. 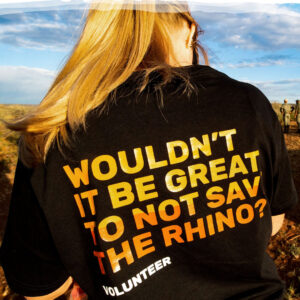 Volunteer At Rockwood And Help Save The Rhino

Rockwood owner, Wicus, and his teams of rangers are on guard 24 hours a day, 7 days a week to help protect rhinos. Health checks and collecting blood, milk and many other samples for research takes whole teams of research scientists, students, rangers and volunteers. You can help too by volunteering to work at Rockwood. 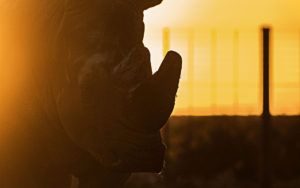 Rhinos sit at the top of the food chain since they have no natural predators. Yet, poaching is driving an entire species to extinction for body parts. Over the last 20 years, we’ve discovered just how much a single species disappearing from an area can create unpredictable imbalances in an ecosystem.