Since the outbreak of the coronavirus, human beings across the globe have been threatened. But what does it mean for wildlife and the conservation of other threatened and endangered species? It seems Africa’s wildlife conservation could be yet another casualty of the pandemic.

After the outbreak of the Covid-19 virus, many of China’s wet markets were shut down.  Wet markets are open-air markets selling a variety of animals, both domestic and wild, for food consumption. ‘Wildlife’ markets, on the other hand, sell live wild animals – often illegally obtained – for meat and as pets. By January 2020 the trade and consumption of wild animals for food was banned. But the commercial sale of wild animals for pets, traditional medicines, or ornamental uses has not been outlawed.

This means the potential for illegal wildlife trade, including rhino horn, remains alive and well.

WHO IS PROTECTING OUR WILDLIFE?

On 23 March, South Africa, which has the world’s largest rhino population, went into a national lockdown due to the virus pandemic. All international borders and non-essential services, including tourist destinations at the many wildlife reserves, have been shut down. Fortunately, anti-poaching units in government-funded national game reserves are considered an essential service. So usual patrols can still take place while the parks remain closed to visitors. Adding to this, the increased national police presence, security and roadblocks deployed since the country’s lockdown have helped reduce crime in many areas. As a result, there has been no increase in poaching incidents over the past weeks in national parks.

But this has not been the case for many of Africa’s private wildlife reserves like Rockwood. Without government funding to help finance anti-poaching patrols, these areas remain at high risk to poaching. Within the first week of the lockdown, nine rhinos were poached on private land in the North West Province. At the same time, Botswana lost more than six rhinos to poaching in the week it closed its international borders.

With more than 9000 rhinos killed in the past ten years, rhino poaching is not unusual in Africa. Wildlife conservationists consider the recent rhino killings alarming since they occurred in tourism hot spots, which, up till now, were deemed to be safe havens for wild animals.

With national lockdowns, border closures, visa restrictions and quarantines halting the tourism, volunteering and trophy hunting industry across Africa, billions of dollars, used for rhino and other wildlife conservation, are being lost. Not only this, but vast areas of bushveld are now unpoliced by tourist vehicles, guides, and rangers, creating an environment in which poaching syndicates can operate almost freely. Many privately hired rangers and anti-poaching units are out of work due to the floundering tourism industry’s inability to keep them on, leaving wildlife unprotected and vulnerable.

Adding to this, the loss of hundreds of jobs, with still more to come, is fuelling a desperate economic situation in villages and communities. The temptation to be lured into poaching activities is far higher than before. Poaching for bushmeat is likely to be on the rise as impoverished families become desperate for food, putting species such as giraffe, zebra and antelope at risk.

While international borders remain closed and flights grounded, Asia’s demand for rhino horn is showing no signs of diminishing. With the centuries-old belief that rhino horn contains potent medicinal qualities, Asian wildlife traders are now promoting it as a cure for coronavirus.  Any newly poached horn is likely to be stockpiled and smuggled out of the country when borders reopen.

HOW WE MANAGE OUR WILDLIFE CONSERVATION

At Rockwood, we’ve managed to continue safeguarding our rhinos during the pandemic. Many of our brave rangers and loyal support staff and management opted to remain at Rockwood and continue to protect the rhinos. But the future is uncertain, and our rhinos need protection, now, more than ever. Africa’s wildlife conservation needs your support.

Please help Rockwood protect our Southern white rhinos during these uncertain times. You can make a financial donation, or sponsor a specific rhino, or even sponsor a staff member (rhino carer, ranger, researcher). 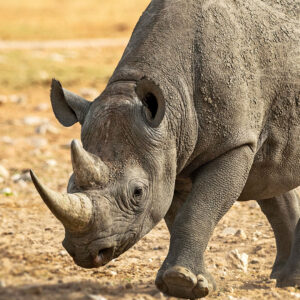 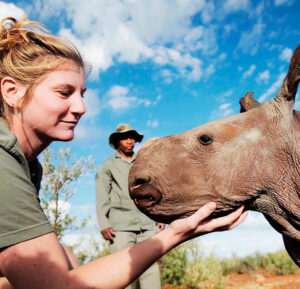 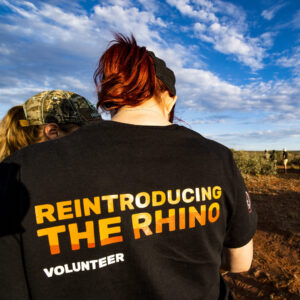 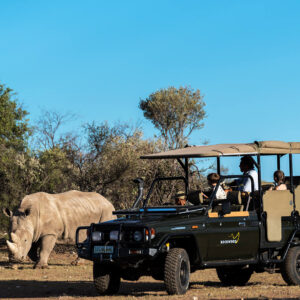 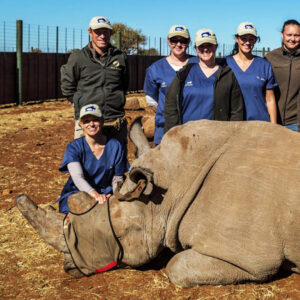 Why Become A Philanthropist For Rhinos