The brilliant astronomer, cosmologist and astrobiologist, Carl Sagan, famously said, “Extinction is the rule. Survival is the exception.” He spent his life’s work peering through telescopes, solving complicated equations and turning younger generations on to science. But, what could the universe teach anyone about the nature of life and can this help us with how many rhinos are left in the world?

It’s what Sagan didn’t see through his telescopes. Looking up at the boundless universe, he realized just how unique and incredible life is. Out of billions of planets, Earth has just the right mix of elements that allowed, and sustained life. Especially so when you consider, it’s not just life, it’s a complex interwoven tapestry of life that has risen against unimaginable odds, not just once, but an incredible five times.

Now consider what this near impossibility looks like, the epic drama of life playing itself out. Nature gives life but it’s constantly trying to take it back. The odds of being born are trillions to one and from the moment of birth, the fight for survival is on. The odds don’t improve from there. Nature does not relent. Whether an individual or a species, their survival is not a given. More species have died out, disappeared forever than are alive today. And one of those species, humans, have managed to outsmart nature.

Humans didn’t just learn to survive, we learned how to dominate and turn nature into our servant. To rise and thrive like no other species. We have to do our part so save the rhinos that are left on Earth.

Watch for more on The Reality of Saving The Rhino.

We are the only species to fully grasp our place in nature and then to change it to our will. But by going against nature, we unknowingly and knowingly damage it. We cause a shocking level of destruction. We have ensured our survival at the unnecessary expense of every other living thing. It would be completely different if we hadn’t risen from the dirt to take our place as witnesses to the universe. But the fact that we are of nature, we have a responsibility to protect it and not outdo Nature’s destructiveness.

It seems, humans, a species among millions on our planet, are at odds with nature. For millions of years, humans were part of it. We are still connected directly to the complex ecosystems we live in. Even though the average person doesn’t see it. In a matter of a few centuries, we have managed to lift ourselves mitigate the struggle for survival. We’ve become the dominant force, stronger than any force of nature on Earth. We’re eradicating species far more efficiently than nature ever could.

HOW MANY RHINOS ARE LEFT?

Rhinos, along with elephants, are the last of megafauna which roamed the earth far longer than humans. They could be found all across Africa and Asia. They thrived, even splitting into different subspecies as the continents shifted to how we know them today.

Rhinos have no natural predators. Rhino bulls weight in at over 2 tons, females at a ton and half are covered by thick plate armor-like skin. Their squat wide build makes them near impossible to take down. Even the young have caring, protective mothers who wouldn’t hesitate to flatten any perceived threat. That was until humans came along.

During the early 19th century, many species suffered from unchecked hunting. Then, by the 70s, countries took steps to protect the most endangered species. And they managed to bounce back. For a while at least.

In the last decade, we have seen their numbers drop drastically again. This time, it’s not hunting, but our own greed. There rose a demand for rhino horn in Asia as their rhino populations began to drop too low to supply the black market worth billions. The three subspecies in Asia, two of which, the Javan and Sumatran rhino, are listed as critically endangered. Estimates put their numbers at fewer than a hundred.

The Greater One-Horned Rhino has bounced back similarly to the White Rhino in Africa. Both subspecies were decimated in the early 1900s by unchecked hunting. Through massive conservation efforts, and laws passed making it illegal to hunt or sell rhino parts in the 70s, brought the two subspecies back from fewer than 1 000 each. In saying all that, accurate population numbers are hard to come by. The numbers may be worse. Many governments where poaching is worst, are uninclined to report true numbers.

EXTINCTION:  HOW MANY NORTHERN WHITE RHINOS ARE LEFT?

The team of dedicated veterinarians, conservationists, and armed guards who watched over the critically endangered animal every hour of the day at the Ol Pejeta Conservancy in Kenya were absolutely distraught when Sudan passed.

A ceremony with the Kenyan national anthem, a poem, and a minute of silence was held in his honor.

Sudan’s 19-year-old daughter Fatu, and her 29-year-old mother, Najin, are the only two northern white rhinos still walking the earth – a grim reminder that this ancient species has gone extinct under our watch.

*Statistics according to an average taken from savetherhino.org & bbc.com

HOW ARE RHINOS POACHED?

Rhino horn is estimated to be worth $65 000 per kg on the Asian black market. Making it pound for pound more valuable than gold. It’s for that reason poachers will go to incredible lengths to get their hands on rhino horn.

With the kinds of profits up for the making, criminal gangs are willing to invest time and money in their schemes. They will pose as tourists, or pay others to pose as tourists to gain intel on reserves and conservations. They use drones, satellites and helicopters to locate and track rhinos. Even using conservationists own satellite tags on individuals by bribing vets. They also spare no expense in outfitting poachers with sedative drugs and automatic weapons.

Poachers will usually enter a reserve or conservation on foot. And once they’ve located a rhino, will dart it and chase it into remote areas where they can do what they want with the rhino without being disturbed. They don’t discriminate. Young or old, male or female with calf or not. If the rhino has even the smallest bit of horn left after harvesting, they will still hack into the face to take it.

They’re well equipped and ruthless. Getting in and out with military-like precision before anyone knows they were there in the first place. They’re also inhumanely cruel to the rhinos they come across. If they don’t kill their victim, they mutilate it and leave it for dead. Their victims can wander around for days with half their face hacked off, before succumbing to their injuries. Mothers with calves aren’t spared any of this cruelty and calves are often killed too so their cries don’t attract attention.

“At Rockwood, we believe what we do today, matters tomorrow.”

WHAT IS BEING DONE TO SAVE RHINOS?

Rockwood is different. We’re doing everything we can. Including what others can’t.

As a privately owned conservation dedicated to saving the rhino and protecting wildlife, every cent we receive goes to the safekeeping and general upkeep of our animals. When it comes to protecting wildlife, there’s no room for half measures. Whatever the threat, we go above and beyond to safeguard species from those who would do them harm – we call it “aggressive conservation”.

We make use of the latest thermal surveillance, security cameras and mobile camera traps that are monitored 24/7 from Rockwood’s Operation Centre. Security stations and ranger camps are manned round-the-clock by our highly-trained and well-equipped mounted rangers. Our rangers also monitor the health and behavior of our rhino population daily while on patrol on foot or on horseback.

Rockwood’s ultimate goal is to not have to save the rhino at all. Until then, we’re dedicated to doing whatever it takes to ensure the continued survival of the species. That means using our aggressive conservation approach to protect the rhinos we care for. While it’s a far cry from how they would live in the wild, free from human interference, it is their best chance in our current climate.

Unlike most rhino conservation parks, we actually welcome and encourage human interaction. It’s one of the best ways to not only study these animals but also teach people about the importance of what we do here at Rockwood. We feel that only once you come face to face with these majestic beasts, will you fully comprehend why we’re fighting for their survival.

AT ROCKWOOD, WE BELIEVE WHAT WE DO TODAY, MATTERS TOMORROW.

Currently, the future of rhinos hangs in the balance. If we don’t act, a species that has roamed Earth for over millions of years will be gone forever. If we fail the rhinoceros, then there is no telling how much biodiversity we’re going to lose from our own actions.

Our lack of congruence with human nature, the loss of connections of humans to their natural environment and the disregarding of our genetic and deep-rooted affinity toward nature, directly impact our future.

We invite you to study our Rockwood rhinos, to love our rhinos, stay close to our rhinos, so we will not fail them. 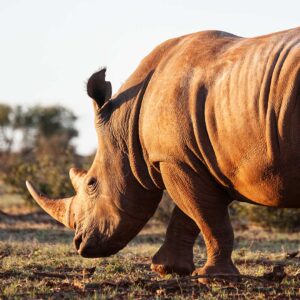 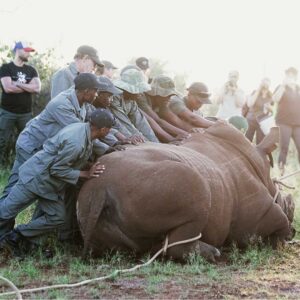 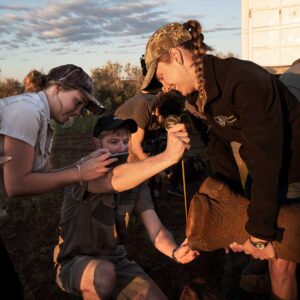 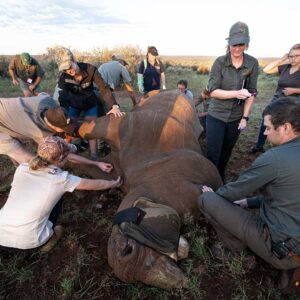 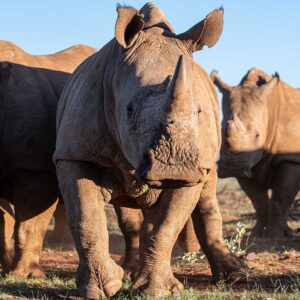 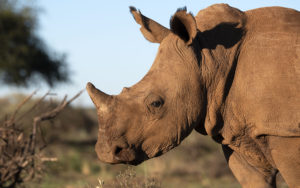