Sponsor A Rhino For A Month | Rockwood Conservation 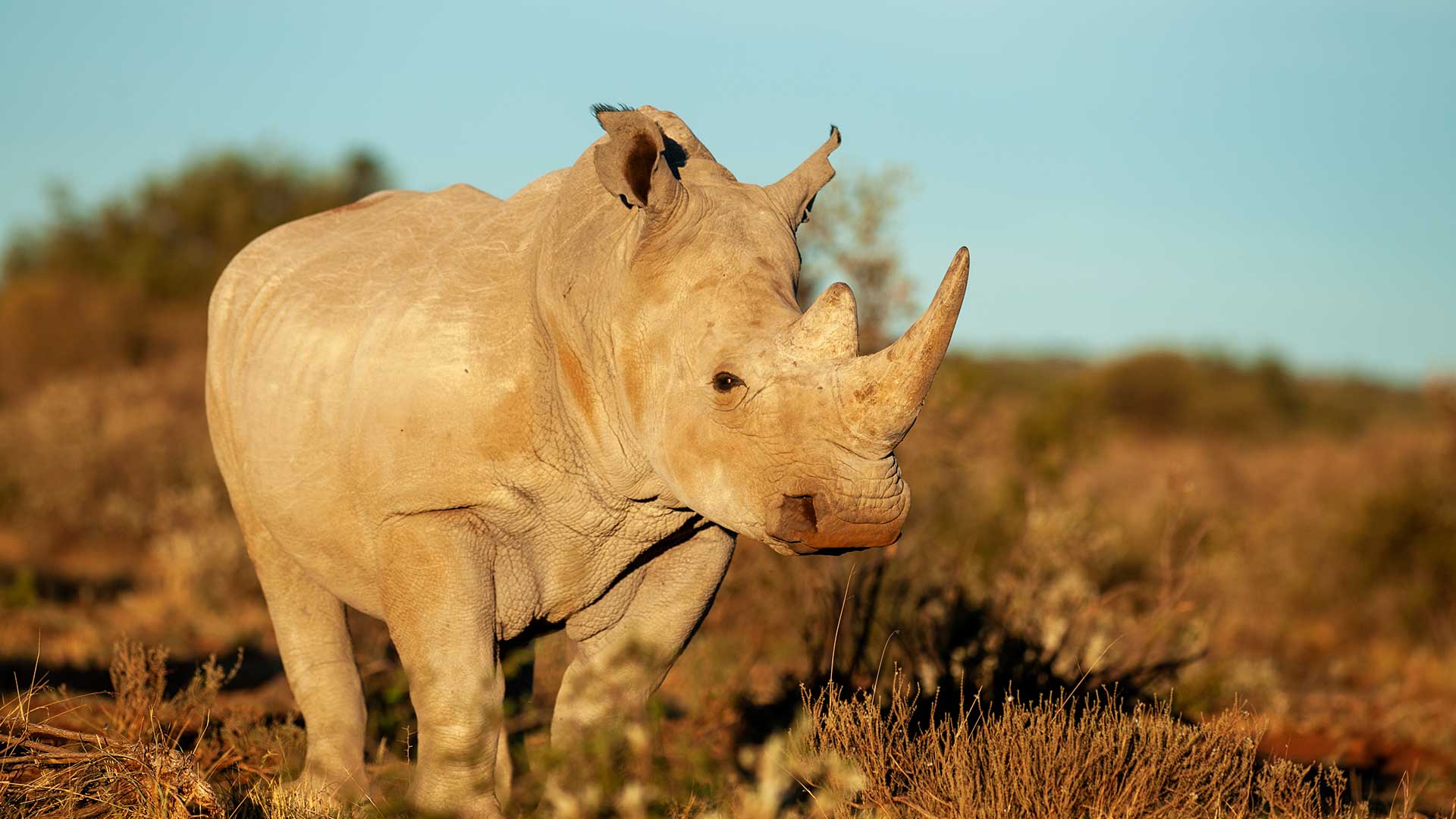 Sponsor A Rockwood Rhino For A Month

At Rockwood, we do whatever it takes to save the rhino for future generations – that’s why we’ve implemented an “aggressive conservation” method.

For the sake of our rhinos’ continued survival, we keep them in three different camps at night where our rangers and high-tech security system monitor them. During the day, as they roam in the veld, rangers on foot or horseback keep a continued lookout. While it’s a far cry from how they would live in the wild, free from human interference, it’s our best chance to save the rhino. So far, the strategy has proven highly successful, and we’ve already celebrated our 100th rhino birth at Rockwood. With our total rhino population being over 300, Rockwood is one of the world’s largest and most successful rhino conservation projects. But, without help and funding, we can’t be a success. We need help feeding and safeguarding every rhino in our care.

Donate Now
In caring for each rhino, we need:

Feed
Situated in the semi-arid Northern Cape region of South Africa, Rockwood’s terrain is extremely dry with an annual rainfall of between only 50 and 400mm. As a result, there is a lack of abundant grazing which makes keeping and feeding a herd of over 300 Southern white rhinos no easy task.

The Southern white rhinos we protect at Rockwood are square-lipped and adapted to a diet of grasses. Weighing up to two tons and standing up to 6 feet tall, the white rhino is also the third-largest land mammal after the African and Asian elephants. So, you can imagine that an animal of this size has a diet to match! On average, a white rhino eats up to 120 pounds of grass a day. So, we truck in tons of feed each month to keep our hungry crash of rhino fed. Over the years as the prolonged drought continues, this amount keeps increasing.

Veterinary aid
Our secluded location means vets are flown in by chopper for routine health checks on rhinos or emergency procedures. A vet is also on-site whenever research scientists and their students visit to gather samples and stats on the rhino’s health. Performing health checks and collecting research samples takes a huge team to pull off successfully. Rhinos can weigh up to two tons, so for their safety and ours, they’re sedated using specialised darting kits. The drugs and actual dart kit are one of our biggest expenses.

Security
Our multi-camp system means that the rhinos are surrounded by over a hundred miles of electric fencing. There are also ranger towers, outposts, horseback patrols, drones and infra-red security cameras to monitor and protect our rhinos 24/7. All of which requires maintenance that is made more costly due to our remoteness.

Help us care for our rhino so that we can ensure their survival for future generations.

Sponsor a Rockwood rhino for a month today.
Donate Now
We use cookies to offer you a better browsing experience, analyze site traffic and personalise content. Read about how we use cookies and how you can control them in our Site Policy. If you continue to use this site, you consent to our use of cookies.