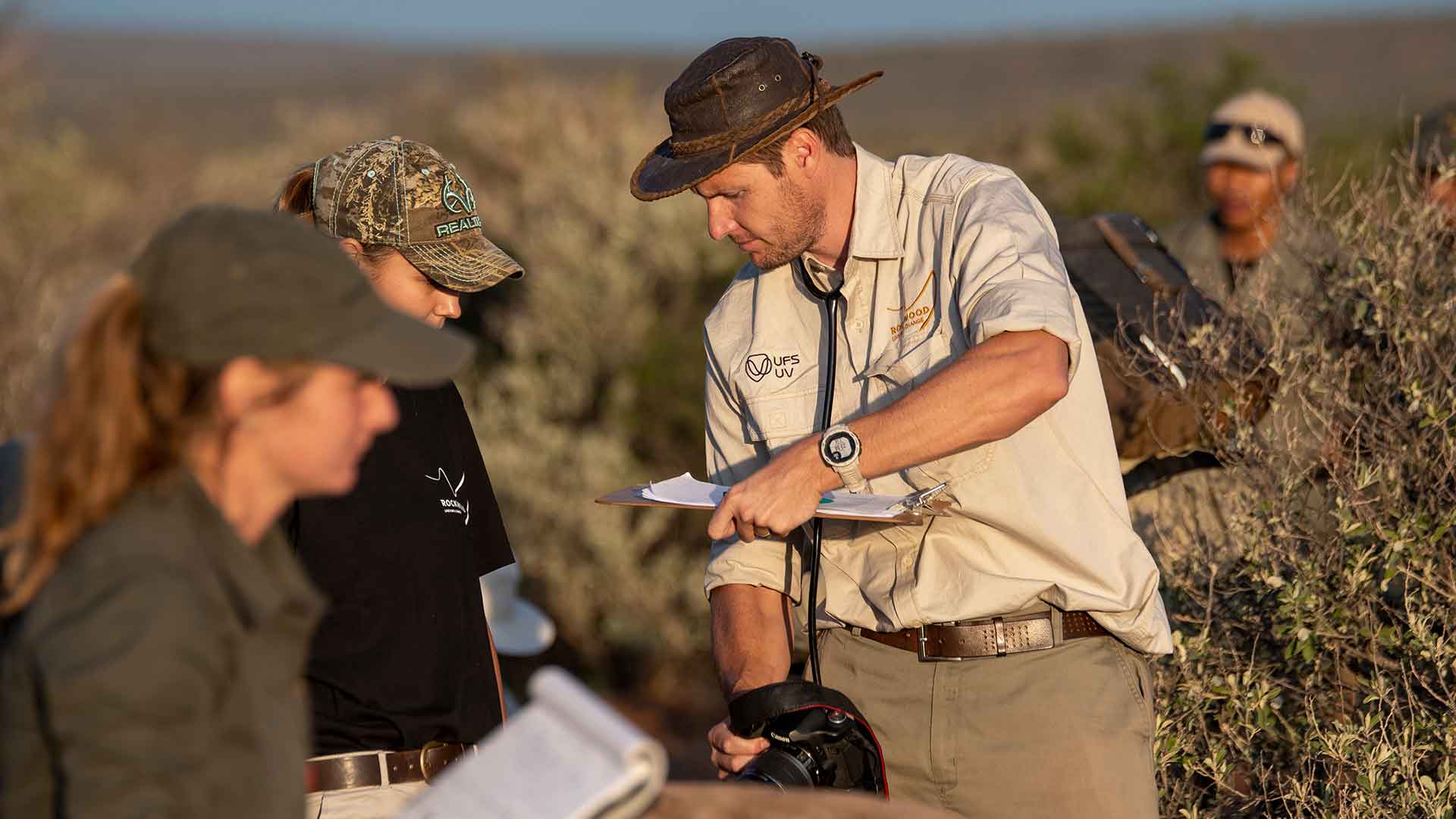 At Rockwood veterinary research is integral to our rhino conservation

Often, poachers kill lactating mother rhinos, leaving the calves to fend for themselves.  Calves found in time are rescued and hand-reared by human handlers. But the nutritional properties of rhino milk aren’t fully known. So we are looking at how to improve the health of these orphans and the species in general.

DNA veterinary research at Rockwood could save the endangered Southern white rhino species. Our goal at Rockwood is to achieve healthy genetic diversity within the population of Southern white rhinos in South Africa. We do this by obtaining and studying a detailed DNA profile of each of our rhinos. We then select which males and females to breed, to create the most diverse gene pool possible.

Once the DNA profiles of all Rockwood’s rhinos are known, we will expand our research to other locations in the country, including national parks, where we can swap bulls with “new” genes. In doing so, we’ll be able to pass new genes on to other areas and create healthier and genetically robust populations of Southern white rhino.

Captive breeding of endangered animals provides scientists with the benefit of increasing the gene pool of species. In the wild, this is not possible. But the genetic selection is highly critical because Southern white rhinos went through a genetic bottleneck in the early 1900s. If captive breeding programmes are conducted improperly, it could have the opposite effect and create genetic weaknesses within the rhino species population. Selective breeding is particularly crucial where rhino populations numbers are greatly diminished.
We believe our approach to veterinary research at Rockwood will eventually lead to a positive effect on the genetic diversity of the entire Southern white rhino population.
These vital research projects take time and expertise, as well as laboratory equipment, data capturing and additional assistance. Please help us conclude this highly critical research to help us further secure the survival of the Southern white rhino. Donate to the study today.

Join the other organisations, universities and students we work with to further the protection and preservation of all species, specifically the southern white rhino.

We believe that sharing knowledge is the best approach to resolving the complex issues and challenges the environment and biodiversity face. We also support the exchange of information and research.
Donate Now
We use cookies to offer you a better browsing experience, analyze site traffic and personalise content. Read about how we use cookies and how you can control them in our Site Policy. If you continue to use this site, you consent to our use of cookies.