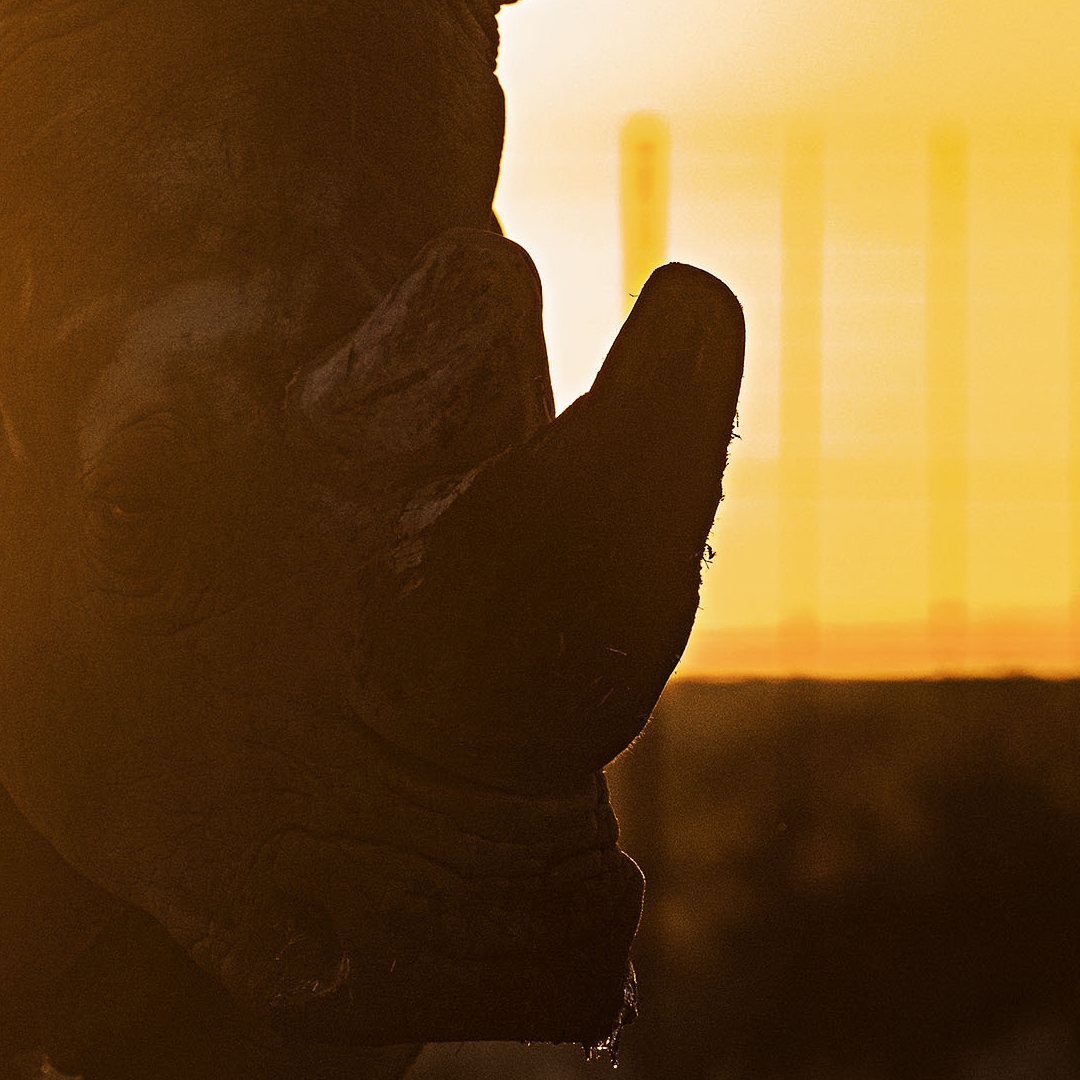 The story of Survivor, an orphaned rhino calf, shot and left for dead by poachers, is a story of hope in the face of brutal tragedy. His story is the story of his entire species, with less than 30 000 rhino living in the wild, the species closer to the brink than the rest. They are the canary down the coal mine.

Are we even capable of saving them? Or is it already too late for humanity?

One man who has taken a stand and is doing all he can to save them is Wicus Diedericks, Rockwood Conservation founder. Survivor and his mother were shot in attempted rhino poaching, on his watch. It was a turning point in his mission as a rhino conservationist and animal lover.

Watch the video and hear from Wicus Diedericks, the founder of Rockwood, tell Survivor’s Story.

WHY RHINOS ARE ENDANGERED?

Rhinos and wildlife in general face similar threats to their continued survival in the wild from habitat loss due to climate change and the expanding human development and political conflict that makes it easier for poachers to work with criminal gangs to poach rhinos.

Poaching reaches far beyond driving an entire species to extinction for body parts. As if that weren’t reprehensible enough. Over the last 20 years, we’ve discovered just how much a single species disappearing from an area can create unpredictable imbalances in an ecosystem.

Rhinos are an umbrella species. They sit at the top of the food chain since they have no natural predators. Rhinos are herbivores who affect the entire ecosystems they live in, changing the composition and ever-shifting tapestry of vegetation. Rhinos are the largest grazer in Africa. They only eat certain types of grass, acting like giant living lawnmowers reducing one kind of grass, so other types grow in its place which other grazers like antelope rely on. Then, predators hunt these smaller plains animals.

The natural balancing of forces and resources allows every species within a system to survive, reproduce, and continue the cycle of life as they have for millions of years. The sudden disappearance of a species means the natural checks and balances, maintaining that ecosystem, are thrown out. If the gap left by a species isn’t filled quick enough, rebalancing the system, it could mean unforeseen consequences for the environment, behavioral changes among species in the area and even changes to the landscape.

The majority of poaching happens in countries in Africa, Asia and South America. Some poaching supplies the bushmeat trade. Economic hardship forces the people living around national parks or undeveloped areas to hunt whatever they can to be sold at market for the stew pot.

The more insidious type of poaching is committed by global organized criminal networks. Live animals and animal parts are trafficked illegally to the East. Live animals, if they survive the transport conditions, are destined for short, miserable lives at zoos, as pets or as an ingredient on a traditional healers shelves.

WHY ARE RHINOS POACHED?

It started with claims that rhino horn can cure anything from colds and headaches to cancer. It’s also been rumored to alleviate men’s bedroom issues. In truth, rhino horn is made of keratin, the same substance that makes up human hair and nails. There are zero health benefits, or any benefit at all, whatsoever. Rhino horn has no value except on the illegal black market. But medicinal use makes up a relatively small percentage of the illegal rhino horn trade.

RHINO HORN AS AN INVESTMENT

Since China has enjoyed substantial economic prosperity over the past few decades leading to the rise of a larger wealthier class and the increase in rhino horn trading, some of these new elites view endangered animal parts as investments and status symbols.

Disturbingly, the owners of these gory heirlooms want the endangered species to go extinct driving up the value of their horns, some of which are turned into ornaments and jewelry. The reason for this is that on the black market, rhino horn is pound for pound more valuable than gold.

HOW RHINOS ARE POACHED

Poaching rings hire locals to do the actual dirty work of poaching. The poor are exploited as much as the animals are. They risk prison and even their lives for just a fraction of what organized criminals rake in.

Take this recent story, for example, an unnamed man and his accomplices entered the Kruger National Park in South Africa with intentions to poach rhinos. The group came upon an elephant and was trampled to death. His accomplices, unable to carry his body out of the reserve, was left behind to be discovered by rangers hopefully. That didn’t happen, and the corpse was eaten by lions before his remains could be recovered. Read the full story here.

RHINO POACHERS WILL USE ANY MEANS

These organized poaching rings will use helicopters, sedative drugs, bribes, and automatic guns. There have even been cases where poachers will hire people to pose as legal hunters or tourists to gain access to parks and wildlife conservations to scout the area for rhinos.

Poachers move in swiftly and silently to not attract attention or chase animals into areas where they won’t be discovered. They also kill indiscriminately. Young or old, male or female, with calf or not. Many rhino calves are shot or left for dead after a rhino cow is poached. Calves make quite a racket while their mothers are murdered and half their face hacked off with machetes or chainsaws.

This is Survivor, Rockwood’s orphaned rhino’s beginning. His mother was mortally wounded by poachers at Rockwood in the second, and to date, last attempted poaching incident on the conservation. The event affected all of Rockwood’s staff deeply. And, the tragedy only solidified Wicus’ and the Rockwood rangers’ commitment to protecting the rhino from the same fate.

One Reply to “Rhino Poaching”