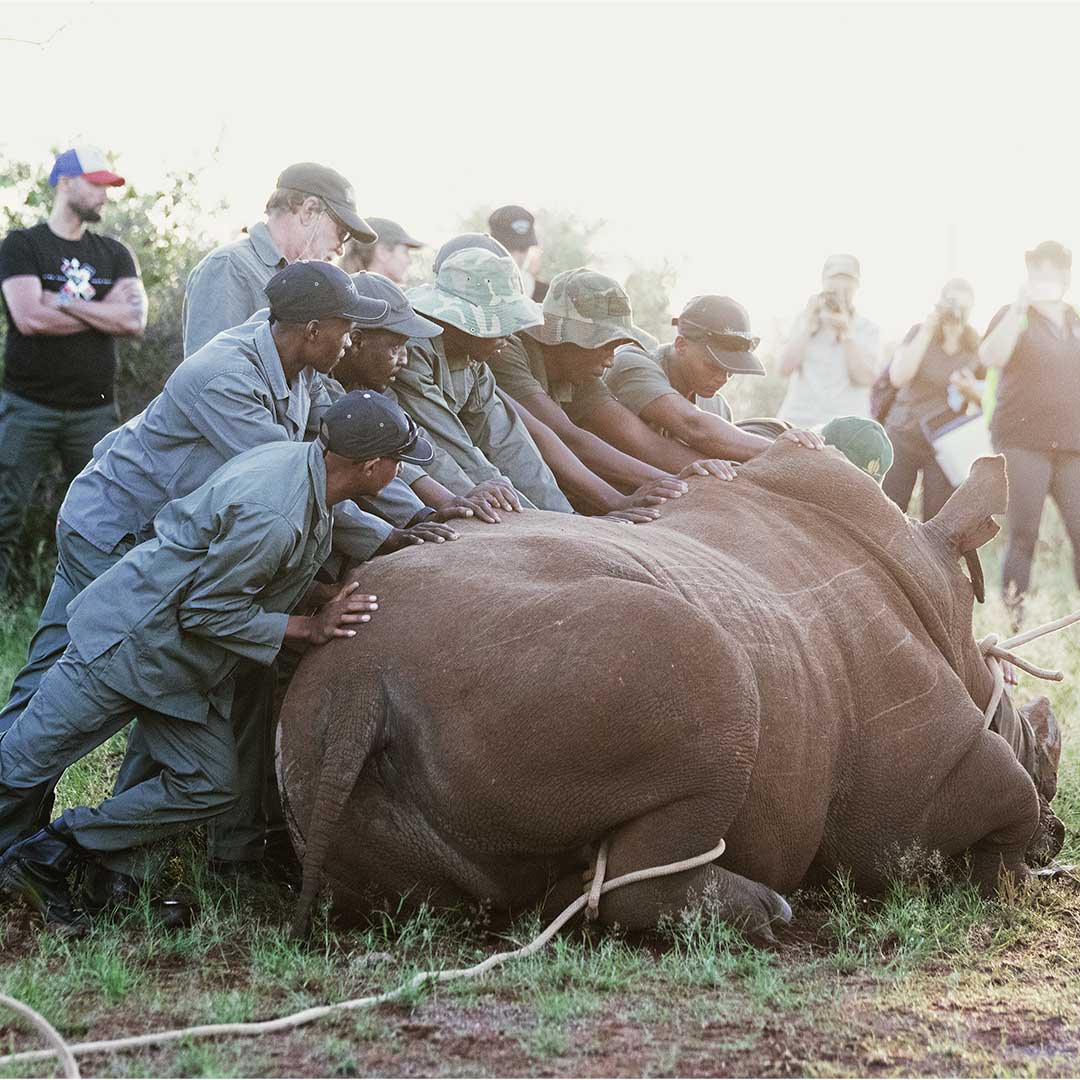 In a significant breakthrough for rhino conservation, scientists have successfully created three northern white rhino embryos. With the last remaining male northern white rhino dying in 2018 and only two critically endangered females left in the world, this is a massive step for the subspecies’ survival. Can the white rhino be saved from extinction?

Created in Avantea laboratory in Italy, the embryos were formed by inseminating frozen sperm into eggs taken from the two Kenyan-based females. The fertilised eggs will be transferred into a younger surrogate southern white rhino as the two remaining northern white females are too old to carry a pregnancy.

HOW RESEARCHERS PLAN TO SAVE THE WHITE RHINO

At Rockwood, we support all scientific research efforts to preserve genetic material and diversity for rhino conservation. With the recently created rhino embryos being significant in preserving the northern white rhino, the method used can also contribute to the survival of other endangered rhino species.

Collecting genetic material of as many different rhino populations and individuals as possible is vital to global rhino conservation efforts. If rhino subspecies numbers get critically low, genes that have been lost due to decreasing numbers can then be reintroduced.

HOW ROCKWOOD HAS HELPED THE WHITE RHINO

In 2019, Rockwood hosted the ground-breaking Hemmersbach Rhino Force Cryovault project, this breakthrough for endangered species is led by some of the world’s leaders in genetic research. Their aim is to create the biggest genetic reservoir for southern white rhinos in the world. Sperm, eggs and other genetic material of African rhinos is collected, frozen and stored in a biobank for future use. These collections contribute to population genetics research and are used for rhino breeding projects through assisted reproduction technologies.

DNA research at Rockwood could save the endangered southern white rhino species.

OUR GOAL FOR THE FUTURE OF THE WHITE RHINO

Our goal at Rockwood is to achieve healthy genetic diversity within our population of southern white rhinos in South Africa. We do this by obtaining and studying a detailed DNA profile on each of our rhinos. We can then select which males and females to breed, aiming to create the largest genetic diverse gene pool possible.

Once the DNA profiles of all Rockwood’s rhinos are known, we will expand our research to other locations in the country, including national parks, where we can swap bulls with “new” genes. By doing this we’ll be able to pass fresh genes on to other areas and create healthier and genetically robust populations of southern white rhino.

We’re aiming to create a higher genetic diversity within the population at Rockwood than anywhere else in the world.

Captive breeding of endangered species provides scientists with the benefit of increasing the gene pool of species. In the wild this is not possible. But genetic selection is highly critical because southern white rhinos went through a genetic bottleneck in the early 1900s. If captive breeding programmes are not done properly, it could have the opposite effect and create genetic weaknesses within a rhino species population. This is particularly crucial where rhino populations numbers are greatly diminished.

We believe our approach at Rockwood will eventually lead to a positive effect on the genetic diversity of the entire southern white rhino population.

Many cultures in Asia value rhino horn as a potent traditional medicine as well as use it for valuable carvings. As a result, the demand for rhino horn in Asia continues to grow and fuel illegal trade. This has led to rampant rhino poaching in Africa which is rapidly pushing the species closer to extinction every day. On average, one rhino is killed every eight hours. In 2015, over a 1000 rhino were killed in South Africa alone. These numbers have dropped slightly over recent years, but the effect of poaching is still having devastating effects on the rhino population across Africa. The white rhino is not the only rhino species at risk, each and every rhino needs our help.

WE ARE RUNNING OUT OF TIME.

As guardians to over 300 endangered southern white rhino, Rockwood welcomes researchers, conservationists and volunteers to help further the study and science in preserving rhino populations.

We strive to stay abreast with globally advanced conservation techniques for the benefit of all rhino species.

But we can’t do it alone. We need your help.

Our doors are open to anyone who wants to help us in this race against extinction. Do you have a passion for nature and animals? Are you willing to get dirty? Then you too can contribute to the protection and preservation of Africa’s rhinos.

Don’t waste another day. Become part of the work we do. Sign up to volunteer today.

YOUR VOLUNTEER TASKS WILL INCLUDE: