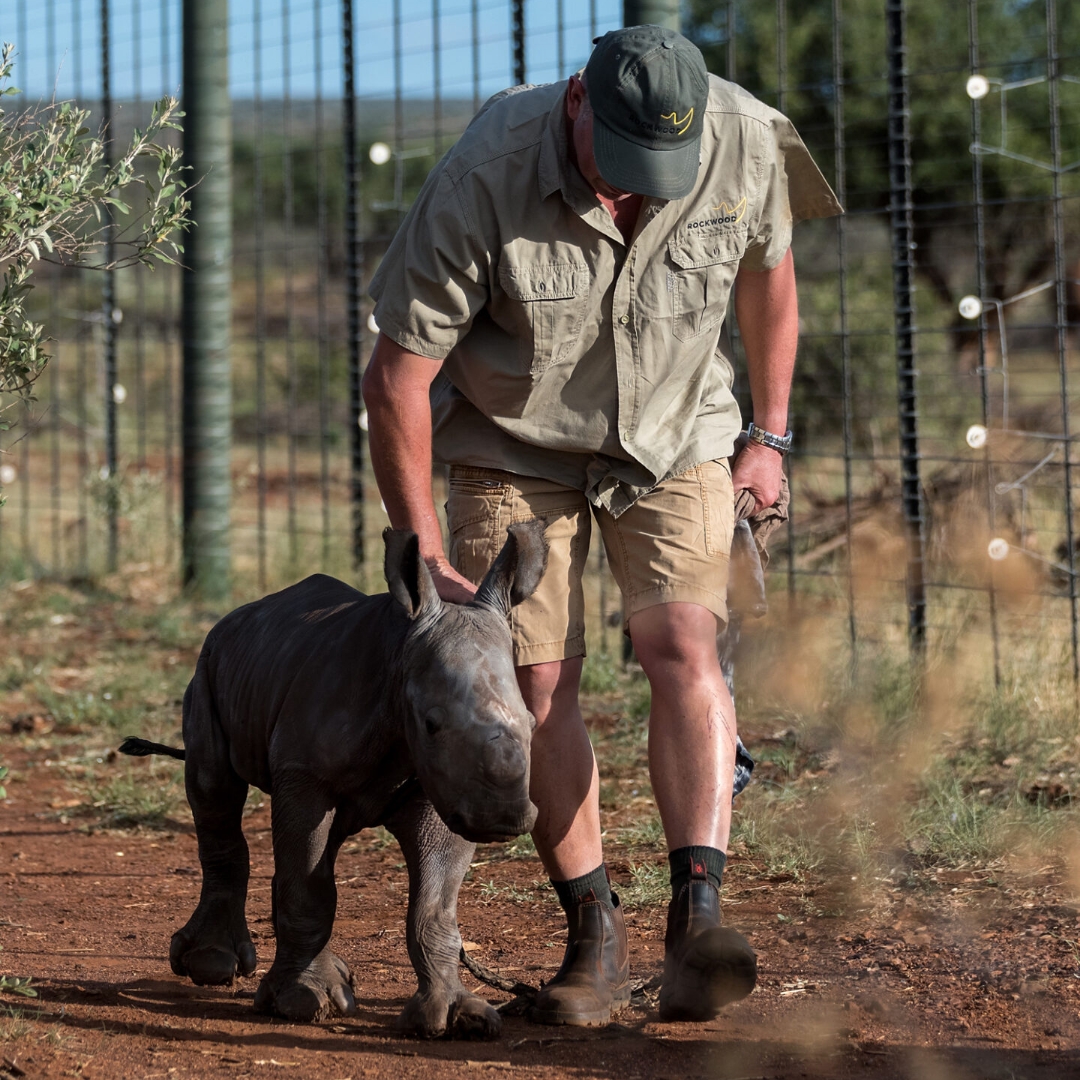 If you’re reading this, chances are you already know about the threat rhinos face and want to help.

Rockwood Conservation founder, Wicus Diedricks felt the same way. He wasn’t always on the frontline protecting a species from extinction. He was a farmer and business owner. In fact, he had never seen a rhino in person before he established Rockwood. Then, one fateful day, the first rhino was poached at Rockwood. It was a pivotal moment in Wicus’ life and the future of Rockwood.

On that tragic day, Wicus was confronted with the reality that he, despite his passion and resources, wasn’t going to be able to do it alone. Saving a species from being wiped out by human greed is going to take a lot more than a handful of passionate, dedicated conservationists, rangers, vets and researchers. It’s going to take everyone who can help to turn the tide against rhino extinction.

And this is where you come in.

WHY BECOME A PHILANTHROPIST

The reasons for becoming a philanthropist are easy enough to understand. Most of us genuinely want to make the world a better place. It’s also a well-known fact, doing good feels good. It’s probably one of our most human traits. Helping others with no obvious benefit to ourselves is what separates us from every other species, as much as our big brains or walking up right.

Empathy and compassion for other living things is hardwired in our DNA. So much so, we have physical and emotional reactions to it. Everyone’s experienced that warm, fuzzy feeling from doing something kind or generous.

Most people wish they could alleviate the suffering they experience in the world.

The world is full of problems. The issues we face today are more often complex and daunting for most people to feel like they can actually make a difference. Yet, millions of people donate and volunteer for causes they’re passionate about. It’s hope in the face of seemingly unsurmountable odds. If you don’t try, then we’ve lost already.

When we think of philanthropy we usually picture ultra-rich businesspeople like Bill Gates, Warren Buffet and Elon Musk or global celebrities like Oprah Winfrey, Elton John and Bono. They’re the elite who choose to use their considerable wealth and influence to help solve some of the world’s most pressing and difficult issues.

Not everyone is lucky enough to be faced with the happy dilemma of having more money they could spend in their lifetime. Yet, countless people around the world do make a difference. They manage to leave a lasting legacy that inspires and impacts the world with no money to their name at all.

You can do the same, make a tangible difference without sitting on a fortune. From poverty, man-made and natural disaster and exploitation of wildlife and more, there are people willing to give of themselves and their resources to help.

HOW IS ROCKWOOD CONSERVATION DIFFERENT

At Rockwood, we do whatever it takes to protect our animals. Which means doing things differently. And it’s not just Rockwood’s aggressive conservation that is different from other rhino conservations. Although, our intensive strategy does drive up the cost of looking after each rhino. The strategy works. Rockwood currently protects and cares for over 300 rhinos, 100 of which were born at Rockwood.

Every success however, comes with a cost. A growing rhino population means Rockwood cannot continue the great work we’ve been doing with just one sole benefactor. As hard as is it is to believe, Rockwood was founded and has been funded and operated by just one man and his passion for wildlife, Wicus Diedricks.

Unlike other conservations, every penny Rockwood receives is used to protect and feed our rhinos. There is also paying vet bills and rangers’ salaries, funding DNA profiling and research projects with universities.

You cannot fight a war against a well-funded and equipped enemy without your own funding. Giving money is the easiest and quickest way many people can make a difference, but it certainly isn’t the only way.

WHY IS IT NECESSARY FOR PHILANTHROPISTS TO GET INVOLVED IN SAVING THE RHINO?

In less than a decade rhino poaching and the illegal trafficking of rhino horn to Asia has risen sharply and shows no signs of slowing down. Without a new approach and involvement from governments in the Africa and Asia the demand and illegal trade is not likely to change. The most optimistic estimates put global rhino numbers around 30 000. Although those numbers are unverified, and come from sources who, for various reasons are under pressure to inflate numbers, rather than release accurate statistics. We do know, at the current rate of poaching and habitat loss, there will be no rhinoceroses left in the wild in our lifetime. A frightening prospect when you think about the magnitude of the issues.

The saddest part, rhino horn is absolutely useless to humans. It’s made of the same substance as your hair, fingernails and toenails. There isn’t any medicinal, nutritional or any other value to it at all. Rhino horn’s only value is to the rhino alive. On the Asian black market however, rhino horn goes for up to 600 000 dollars. That’s more than gold or any other precious metal out there.

And not many people seem to know and understand the story behind the senseless slaughter of rhinos. It’s up to people like us, philanthropists and conservationists, working hand-in-hand to fight and prevent the extinction of tis magnificent species.

At Rockwood, we welcome fellow animal lovers and wildlife enthusiasts to join us in the trenches.

SO HOW CAN YOU HELP SAVE THE RHINO?

As of 2019, Rockwood has added 100 new rhinos calves to the overall rhino population. Sadly, a track record not many other nature reserves or conservations can claim.

But success doesn’t come cheap. The amount of resources that it takes to keep over 300 rhinos alive is staggering. And we’ve reached a point where we can’t sustain it. We can’t do it on our own anymore.

We need people like you to get involved – people with connections, resources, ingenuity, drive and above all, with the desire to live a meaningful life, to be more, more than just a donor.

We need people who can motivate those around them to take action, who can inspire future generations and encourage change.