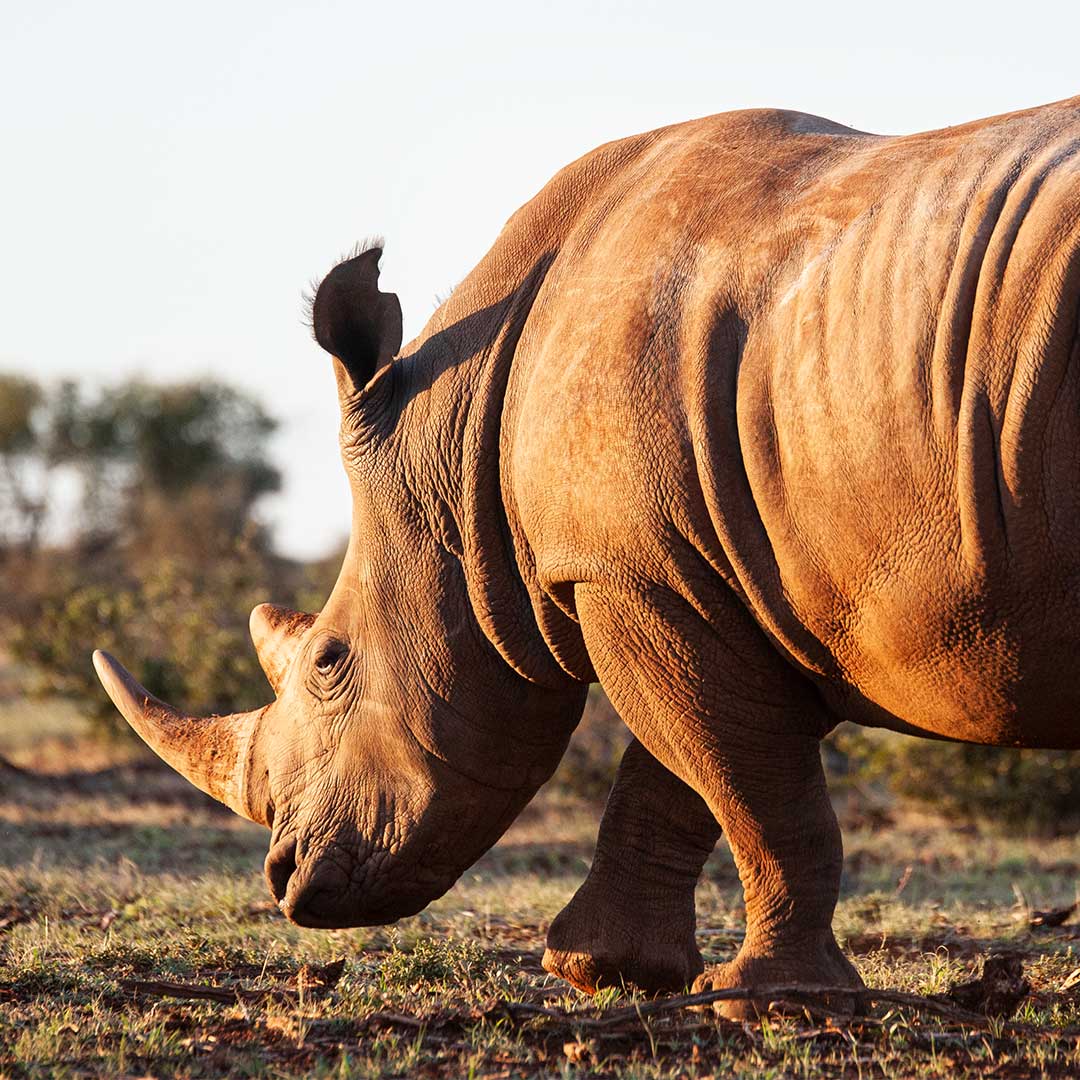 South Africa’s recently released rhino poaching statistics confirm a drop in the country’s rhino poaching numbers. The numbers reveal a 26% decline from 769 rhinos poached in 2018, to 564 poached in 2019. As the fifth consecutive year to reflect a downward trend in poached rhinos, this is good news for rhino conservation.

The improvement in numbers is a combination of efforts to curb rhino poaching by both government and the private sector. These efforts include the use of technology for high-level vigilance and quick reaction, improved information handling, as well as overall cooperation and better engagement between government, the private sector, non-profits, and donors.

“A decline in poaching for five consecutive years is a reflection of the diligent work of the men and women who put their lives on the line daily to combat rhino poaching, often coming into direct contact with ruthless poachers,” stated the South African Environmental, Minister Barbara Creecy.

While the reduction in poaching numbers is encouraging, some feel it is only half the story. Without an official total rhino census, it is impossible to tell if there are still sufficient rhino numbers in the wild to conserve the species. Kruger National Park’s rhino population is the largest concentration in the world, but, for security measures, the exact numbers are not revealed. This lack of information frustrates many conservationists, who say it’s difficult to know the way forward in protecting the species without this knowledge.

Despite the recent drop in poached rhinos, South Africa’s rhino population, which makes up 80% of the world’s population at approximately 18000 rhinos, is still heavily threatened. The ongoing demand for rhino horn in Asian countries, coupled with the impacts of severe drought and habitat loss, is fast tracking the species to extinction.

WHAT LEADS PEOPLE TO RHINO POACHING?

Rhino horn is highly valued as a status symbol and used for traditional medicine in countries such as Vietnam and China – the largest markets for illegally trafficked rhino horn in the world. But demand reduction efforts have led to some consumer awareness in these countries, causing a noticeable drop in rhino horn prices, from $65,000 per kilogram to about $22,000 per kilogram. The price of horn down by two thirds could be contributing to fewer poaching numbers as poachers are fetching less per kilogram.

Some conservationists say other contributors to the decline in poaching could be the fact that there are fewer rhinos left in the wild to poach.  Yet, another argument suggests that before a legal ban on trade in rhino horn was instilled, the small stock of illegal horn leaked into the illicit market helped to keep customers satiated and reduce the amount of rhinos being poached to fulfil demands.

But no matter which way you choose to interpret the latest stats, the rhino species is still under extreme threat of becoming extinct. Law enforcement alone cannot address the complex economic and social drivers behind the threat to rhinos. Issues like, corruption and organised crime syndicates need to be addressed. But so too do people, their attitudes and safety.

For humans and animals to coexist there needs to be respect for both. When people’s needs are met there is less inclination to poach and pursue illegal activities. Creating an environment where people and communities can reap the rewards of safeguarding wild animals is critical to a long-term solution to preventing poaching and illegal trade in rhino horn.

HOW CAN WE STOP RHINO POACHING?

Protecting rhinos from being poached is a massive undertaking that needs the cooperation of everybody involved. At Rockwood we focus our attention on reducing poaching incidents, while nurturing our population of Southern white rhino as well as our greater community.

To do this we take care of the whole environment that supports our rhino. We’re also involved in community upliftment projects, job creation, skills acquisition and education. In the field, we focus on intense and ongoing research to ensure our biological management is at its best. With DNA sampling and genetic studies, we strive to help create a healthy rhino population capable of supporting the longevity of the species for future generations.